Steve Crisafulli Speaker of the house

Installation and presentation of Audrey Wancket, the president of Professional Photographers of America 2019.

Gregory’s lifelong affair with art began early in his childhood with coloring books and tracing paper. As a young teen, he found photography which served as the perfect medium in which to hone his understanding of people and the immaculate portrayal of personality through soul-filled imagery. As the awards and accolades grew, his rise in the national photographic world picked up at a quickened pace. Here he found himself on national platforms speaking, teaching, and sharing his craft with other industry members and being inducted into the prestigious invitation only society of Camera Craftsman of America in 1991. Through all of this growth, Gregory still felt as if there was a missing piece in his artistry. Shortly thereafter is when he discovered the embellished mixed media process that was in the development stages in the art world. It was during a visit to the Mamone Gallery in San Francisco that his epiphany was born. The stunning realistic artistry of Guan Ze-Ju’s embellished reproductions was not only revolutionary, but also breathtaking. The fusion of these two crafts, portrait photography and brush painting, led him to where he is today, a visionary in the industry. In keeping with his vision, Gregory has embarked on a three year artist project paying homage to Guan and the great masters. ‘Captured Innocence’ is the masterful blend of these artistries and celebrates the inner beauty. 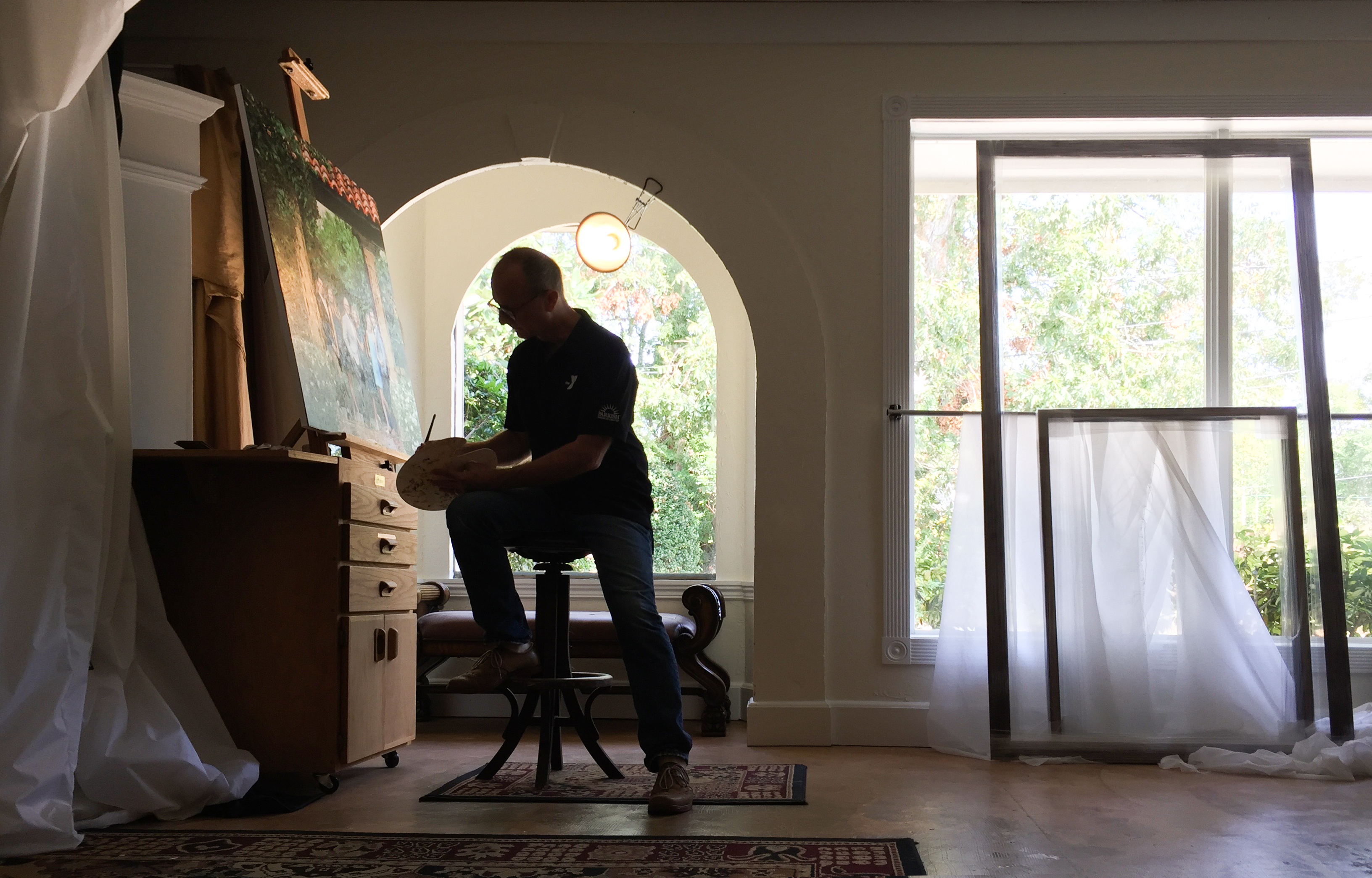